Anti-Vaccination: Abhorrent, But Not Abuse

It took just a single publication to spark a dangerous campaign against one of medicine’s greatest innovations. A 1998 study by a British physician claimed a link between the measles, mumps, and rubella (MMR) vaccine and autism. Longitudinal and cross-sectional studies disproved the relationship between the two, investigations found the article to be fraudulent, and the author was stripped of his medical license.

But the damage was done. As the 21stcentury advanced, so did the anti-vaccination movement. The fear and distrust that fuels most conspiracy theories was given a powerful nitrous oxide injection of parental protectiveness. The CDC reported that in 2003, 22% of American parents refused or delayed vaccination from their pediatricians. By 2008, that number had risen to 38%.

This has had demonstrable effects on the epidemiology of preventable diseases. Illnesses that have historically been suppressed by vaccinations have started making a comeback. According to the CDC, major American outbreaks in the last ten years have been fueled primarily by infections of unvaccinated communities. Compared with the 2000-2007 average of 63 cases per year, 2014 shattered and still holds the record for measles in the last decade, with 667 reported incidents. Unvaccinated Jewish-American communities in Ohio contributed to 383 of those. In other words, anti-vaxxers alone caused more infections in a single year than any other in recent history.

Major American outbreaks in the last ten years have been fueled primarily by infections of unvaccinated communities.” -CDC

In light of this information, many have called for the government to step up measures to protect the lives and health of American children. One method proposes indicting anti-vaccination parents with child abuse. After all, these diseases can be deadly and debilitating, and refusing vaccinations could endanger a child, not to mention a community. Shouldn’t the threat of abuse charges be deterrent enough to put the anti-vax issue to rest?

Not quite. It is important to recognize that however infuriating, dangerous, and selfish anti-vaccination is, child abuse is a serious legal definition that cannot easily be used as a catch-all term for risky parenting. The CDC defines child abuse, or Acts of Commission, as “deliberate or intentional” actions that “cause harm, potential harm, or threat of harm.” But however misinformed and obstinate their decisions may be, anti-vaxxers’ claims stem from a desire to help their children (i.e. prevent autism) rather than an intent to harm.

Upon further inspection, the legal definition of child neglect appears to be a more fitting idea. Neglect is defined by the CDC as a failure to protect a child from “harm or potential harm”. Insofar as vaccines are essential, proven techniques to safeguard against the potential for serious diseases, informed refusal of vaccination could constitute medical neglect. However, the American Academy of Pediatrics suggests doctors only call Child Protective Services (CPS) if anti-vaccination proves to be an immediate danger, such as refusing a tetanus shot following a deep, infected laceration. As pediatrician and professor Doug Opel puts it, “We need to be very cautious with involving CPS for vaccine refusal… It will likely be perceived as coercive and undermine the doctor-parent relationship. My preference is to work with parents, build rapport and trust, and keep communication lines open.”

If the goal of the modern scientific and medical community is to rationally debunk myths about vaccination and convince parents to abide by their physicians’ guidelines, slamming anti-vax families with child abuse charges could have the opposite effect. It may polarize and alienate members of a community who are already distrustful of the healthcare system. Solutions could instead echo Australia’s “no jab, no play” and “no jab, no pay” programs and bar unvaccinated children from kindergarten and preschool or withhold child benefits from their parents. These methods act as incentives for parents to follow modern advice, without the harrowing experience of having children torn away. 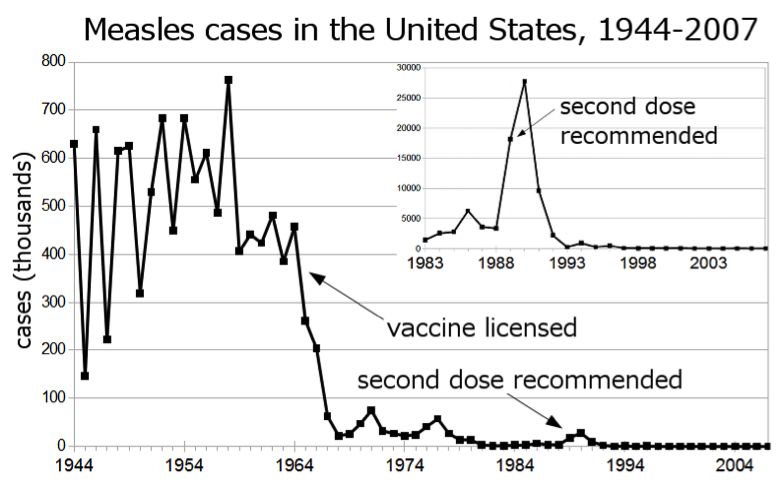 It is undeniable that the anti-vaccination movement poses serious consequences for global and national health. But policy initiatives must keep in mind that education, transparency, and conversation are the safest and most sustainable ways to quell these new and particularly dangerous conspiracy theories. Otherwise, horror stories traded on anti-vax internet forums could affirm suspicions, fuel a new wave of protests, and radicalize fearful parents, exacerbating—instead of solving—the global anti-vaccination problem.

Previous PostTrump-Kim Summit End Without a DealNext PostShould flight and train passengers be required to submit vaccination records before being allowed to fly/purchase a ticket?

Agrawal (Biomedical Engineering '21) is part of the Vector writing and copy editing teams. He is interested in understanding the stories we tell ourselves and each other about our world. Is there a story that holds all of us together? He doesn't know, but let him know if you hear it.

NJIT Moves to Allow Pass-Fail Decisions for the Fall Semester

How NJIT Students Are Spending Their Holidays

The Paleo Diet: What About Potatoes?