Plastics: they are in everything we use. They make our lives easier and are highly cost-effective but remain for hundreds of years and—if not properly disposed of or recycled—can degrade into microplastics.

With a majority of the 14 billion pounds of trash in the oceans containing plastic, it’s no wonder most marine animals studied have been found to contain microplastics in their digestive systems. As the name suggests, microplastics are small pieces of plastic debris, approximately 5 millimeters or less in size, that have broken down from common consumer products, such as shampoo bottles, cosmetics, clothing fibers, and large plastic pieces that degrade into smaller fragments. The most prevalent type of marine debris, they are found not only in oceans, but also in large inland bodies of water, such as the Great Lakes.

According to NJIT environmental studies professor, Zeyuan Qiu, the prevalence of microplastics is highly dangerous to the environment. He notes that many of the types of marine life with microplastics in their bodies are “not intelligent enough to distinguish the floating microplastics from other small marine animals they feed on.”

Alternative studies found that contaminants and bacteria can hitch a ride on microplastics. Therefore, when marine life continuously consumes the fragments, they accumulate over time in the animals’ bodies, causing their health to decline and ultimately, death. Eventually, this will affect the marine ecosystem, for some species may become endangered or extinct due to their continuous consumption of these microplastics.

But consequences go beyond the boundaries of the ocean and can affect human health. Accumulation of toxins increases further up the food chain and has been discovered in human fecal matter as well.

Despite the devastating effects of microplastics, public awareness of the issue is staggeringly low. When 50 NJIT students were polled, over 80% of students said they had never heard of microplastics. Furthermore, of the 19.4% of individuals within the student sample population who knew about microplastics, most had only a shallow knowledge of the implications and sources of microplastics. Indeed, most of them could only recall hearing about microbeads in select beauty products or as a student recalled, inside “the bowels of a turtle.”

As Professor Qiu explains, this sort of ignorance can have damaging implications on human health. Qiu notes that “stories like these should sound alarm [sic] to the human society: our irresponsible behavior has reached another limit.”

Understandably, the ocean is large and a single man’s efforts are small, but as Qiu reminds us with George Perkins Marsh’s centuries-old quote, “we are never justified in assuming a force to be insignificant because its measure is unknown, or because no physical effect can now be traced to its origin.”

In fact, Qiu delineates that the only solution to this issue of plastics is to “reduce its use, to properly dispose them and ideally eliminate its use,”, which is only possible by alerting the public to the situation and finding alternatives to products containing microplastics. When asked about the cost effectiveness of ridding the world of these stock pollutants, Qiu notes that we must disregard the inconvenience of working towards more sustainable alternatives and consider the social and environmental costs involved instead. 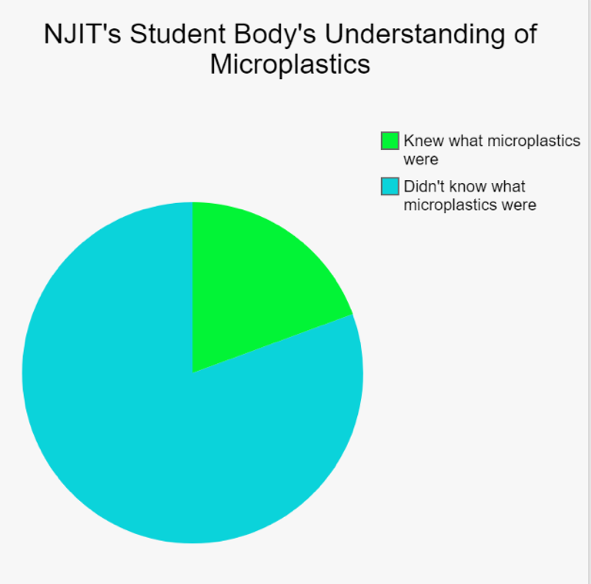 Of the 19.4% of individuals within the student body sample population who knew about micro plastics, most only had a shallow knowledge of the implications and the sources of microplastics.

Sandra Raju and Katherine Ji contributed to this piece.

Raju (Biomedical Engineering '22) is the Executive Editor of the Vector. "What I like most about this club is the people. There are many fun, passionate, and ambitious individuals here, so you can never have trouble finding someone to have an interesting conversation with. "

What should the government’s role be in preventing and reversing climate change?

COVID-19 : A Lesson on Preventative Action