Teachers Walk out of Class 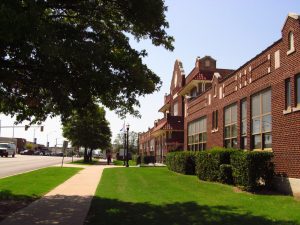 After nearly two weeks without class for half a million Oklahoma public school students, the teachers’ walkout has come to a conclusion. The president of the Oklahoma Education Association, Alicia Priest, has called for an end to the nine-day strike, which began April 2nd, after state legislature passed a $6,100 annual salary hike. Most classrooms will resume instruction Monday.

Oklahoma public schools have been plagued by budget cuts over the past decade, culminating in one of the worst education systems in the United States. Budget reports from 2013 rank Oklahoma as 48th in the nation in yearly spending per student at $7,672, while Education Week’s 2017 Quality Counts study ranks Oklahoma classrooms 5th worst.

These statistics are staggering, yet unsurprising given the current state of the system. Low salaries for teachers discourage prospective educators from remaining in-state; it is reported that Oklahoma loses 13% of its teaching force annually to out-of-state positions. Just last year, Oklahoma’s Teacher of the Year, Shawn Sheehan, moved to Texas for better financial prospects. This trend leaves Oklahoma not only with fewer teachers overall, but with an especial lack of quality ones.

To make matters worse, the funding deficit is painfully obvious as soon as one steps foot into a classroom. Many schools have not updated materials in decades, resulting in torn and tattered textbooks full of outdated information. It comes as no surprise that Oklahoma’s K-12 achievement status receives a failing grade.

The end of the walkout comes at a critical time in which momentum has begun to slow. Oklahoma Governor Mary Fallin (R) likened the clamor for pay increases to a teenager’s desire for a nicer car. However, the success of the pay raises does not directly translate to classroom benefits, the fight for which prolonged the duration of the strike. Ultimately, the teachers’ union faced pressures to return to class or deal with a significant elongation of the school year.

Critics of the walkout purport that Oklahoma teachers’ salaries are approximately on par with the rest of the nation once cost of living comes into play. Most sources cite Oklahoma among the worst states for teachers, with an annual mean wage of $41,880. But recent analyses from the 1889 Institute and the Kahler Financial Group suggest that, after factoring in cost of living, Oklahoma only falls between 30th to 35th in the nation.

It is important to note that these studies base their findings off the Council for Community and Economic Research cost-of-living index, which investigated the living standards of moderately affluent professional households in urban areas. Almost 33% of Oklahoma’s population resides in rural communities with a distinctly different labor market than those cited in the Council’s index.

Ultimately, the Oklahoma teacher’s union achieved a major victory – the $6,100 salary increase is reportedly enough to make up for ten years of lost compensation, but still pales in comparison to the national average. Union leaders now urge voters to turn their attention to the upcoming state elections in November. This walkout was a sweeping success, but still indicates more work to come.