It’s that time of year again! The highlight shows for the Fall 2013 season are finally here, and the lineup is looking rather good. 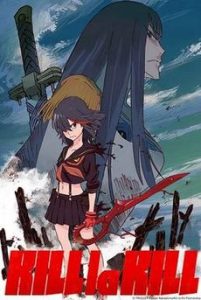 1. Kill la Kill – By the writers that brought you Gurren Laagan, with animation by the incredible Trigger studio, this is a masterpiece ready to happen. It takes place in a battle school setting where the uniforms that students wear come alive to grant them abilities and weapons. Someone mentioned to me that there’s a bit of a Soul Eater feel to the show, but I can’t really say I agree. I can say, however, that the budgeting for the show is quite impressive, and I’m very excited to see what these two brilliant studios can offer.

2. Kyoukai no Kanata – Kyoto Animation Studio creates some of the most beautiful looking anime I’ve seen. They never fail too harshly in their quality either. With their recent success with Free!, they’re gearing towards more action instead of just cutesy antics of cute girls. The show does have its fair share of cute girls doing cute things though, so don’t worry too much. The series takes place in a magical setting where humans, dreamshade hunters, and dreamshades all coexist. In some ways, I feel like the show is lacking a bit, but some action and excellent animation should make up for it. 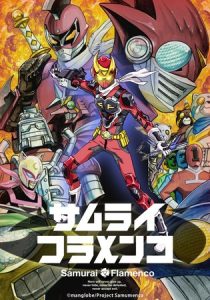 3. Samurai Flamenco – This is my random favorite, mainly because the name is so enticing. The voice actors and the teasers make the show look like a lot of fun, so I’m going to give it a test run. It’s also an original series, meaning the series was not based off any reference material. There are super hero elements in the show, so I’m expecting plenty of action. Overall, the show looks to be really good and I hope it is. 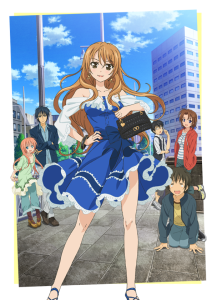 4. Golden Time – By the writer and staff of Toradora, I’m hoping this show is the college version of that show. Toradora is a crowd favorite with most people, so that same team will probably shape this show to be another great hit. Like with most shoujo based shows, Golden Time may be a hit or a miss, but I have confidence that it’ll turn out just fine and be enjoyable to watch. 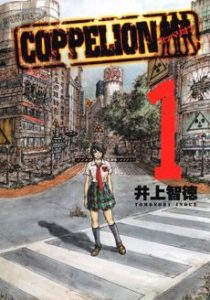 5. Coppelion – Apocalyptic shows seem to be getting more popular lately. I can’t really blame them, seeing the success of Attack on Titan was and others. I’m not sure yet if this show is action packed or not, but it follows 3 girls into a world devoid of normality as they search for survivors. I really love the animation studio doing this show. Despite being new to scene, they’ve created beautiful looking shows like K and Mardock Scramble. Even if the show overall lacks in content (which hopefully won’t be the case), it’ll still be pretty.

Dani is a student at NJIT and Business Manager of the NJIT Vector. An avid lover of anime and video games, she writes to share her opinions and to enrich in her readers with the things she enjoys. Feel free to email her at business-manager@njitvector.com.