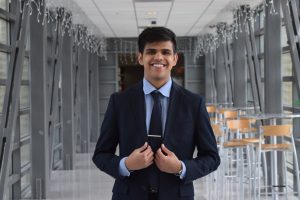 Kellen is currently the Executive Board’s Secretary to the President, a Sophomore Biology major, and has worked on several Senate Subcommittees and proposals.

Kellen is currently the Executive Board’s Secretary to the President, a Sophomore biology major, and has worked on several Senate Subcommittees and proposals.

Kellen Kadakia had several brief stints in several X-clubs before finding his home in the Student Senate, working closely with e-board members and directly under the current president . As Secretary, Kellen was instrumental in implementing the food discount program. His work ethic and logistical mind have tested true in this and other projects. His participation in a multitude of activities and events on campus as well as the responsibilities of Executive Secretary have shown a person who knows the inner and outer workings of the Student Senate. Some students have questioned his relatability to the general body and there have been strong criticisms of his proposals focused on the “beautification” of the campus. Students want to be better informed on work done by Senate, claiming that SAFRB money should be spent on other things aside from furniture projects. 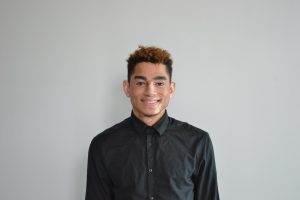 “I decided to run in order to serve the NJIT Community and provide them with resolutions to the problems everyone seems to discuss yet few attempt to resolve.”

Steve is a Law, Technology, and Culture major with a communications minor, a member of the NJIT Pre-Law Society, an employee at the highlander pub, and former Executive Editor of the VECTOR newspaper.

Steve Castro has a pulse on the voice of the people given his tenure as a pub employee and reporter. With his experiences as a salesman and an e-board member, he is consciously aware of the profound influence and responsibility that Senate President has. Steve has impeccable interpersonal skills, a proven work ethic, and a strong vision for what he would like to see changed at the school.  It is unclear how he would fair in the transition, having no experience on chairing meetings with dozens of other representatives. The Senate President is an all-encompassing job that requires one to work not just with e-board and other member Senators, but also with the dozens of club presidents, high level faculty administration, President Bloom, and (with the creation of the NJASC) other public universities.

Testing and Tracking: Virus Detected in Wastewater in Cypress Hall

Digital Discourse in a Time of COVID-19